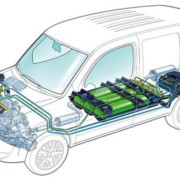 The viability of the use of CNG (Compressed Natural Gas) as fuel for the ground fleet of vehicles at airports has been the main objective of the study carried out at the airports of Madrid and Barcelona airports by Institut Cerdà.

The agents that operate land vehicles at these airports and the gasification possibilities of the fleet have been identified, as well as the potential market for CNG use. The technical feasibility of CNG use was analysed, and the environmental and economic benefits for the operators calculated. This analysis was carried out taking into account the current position of CNG and other alternative fuels in the market, and the main barriers to their access.

The potential users of CNG at airports are the Handling Agents, who operate the main land fleet that circulates on the air side of the airport. The suppliers market for this type of vehicle is already consolidated and, specifically in the United States, its use is widespread. It is noteworthy that AENA, the Spanish national airports authority, is increasingly restrictive about the issue of atmospheric emissions, including environmental commitments in the tender conditions to be met by to handling agents bidding for the corresponding concessions.

Compressed natural gas is characterized by its efficiency (the energy contained in one kg of compressed natural gas equals 2 litres of LPG, 1.5 litres of petrol and 1.3 of diesel), its sustainability (reduction of CO2 emissions and nitrogen oxides NOx), logistic flexibility (flexible and efficient logistics chain) and product and supply safety (CNG is lighter than air and disperses very quickly in case of leakage).

Thus, in terms of environmental impact, the use of CNG has many advantages in reducing emissions compared to traditional fuels: noise and vibrations are reduced, as are emissions of CO (40%), CO2 (30%), of PM (98%) and NOx / NO2 (70%).

Institut Cerdà has been studying the feasibility of using natural gas as fuel for the different modes of transport for more than four years. This study has been carried out thanks to the collaboration of Enagás and Gas Natural Fenosa with Institut Cerdà.

Efficiency in the contracting of gardening services by local entities