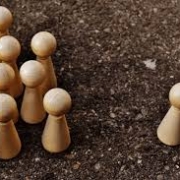 “Economic inequality” was the reply of Steven Pinker, Professor of Psychology at Harvard University when asked which topic had been the most difficult for him to write on. He said “it is a problem about which all right thinking people agree is the root of all evil, and yet, at the same time it is a diabolically complex issue intellectually, much more so than most people realise”.

For example, behind large figures at the Spanish level, the S80 / S20 Economic Inequality Indicator (relates the income obtained by the 20% of the population with the highest income with the income of the 20% of the population with the lowest income) passed from 5.2 in 2004 to 6.0 in 2018. This indicator hides a much more complex social reality characterised by factors including access to housing, social integration of immigration, access to new technologies or education.

Likewise, to face current imbalances it will be necessary to adapt concepts such as the Welfare Society or the New Green Deal to each social and local reality, at the risk of creating new inequalities or a greater social fracture.

The Covid-19 pandemic (which is far from over) is only making the inequalities in our society even more tense, since we are not all in the same conditions and nor are we being affected in the same way. Proof of this can be found in jobs with a high seasonal component (for example, those in the tourism or hospitality sectors) or the digital divide and its impact on access to information, education or telework.

Access to housing, once more, is worthy of a special mention. Although there were those who thought, wrongly, that the slight economic recovery experienced in recent years was going to solve the housing crisis, the evidence is proving them wrong. The endemic challenges such as how to integrate immigration, affordable housing for the most disadvantaged groups in society or the rising unemployment have not been addressed. What is more worrying is the large number of people in redundancy processes and rising unemployment figures that make for some extraordinarily complex months and years ahead.

The challenge is therefore not trivial and cannot depend solely on public policies or initiatives. These are too slow and, in most cases, limited by their own economic, administrative, and legal barriers. That is why it will be necessary to have collaboration between the public and private sectors, and amongst entities of the private sector. It is also why it will be necessary to adjust to the circumstances and needs of each social, economic, and environmental environment. The challenge is not without its difficulties. However, embracing a Chinese proverb: “the best time to plant a tree was 20 years ago. The second-best moment is now”, we cannot wait.

Conference on the role of drills in crisis management