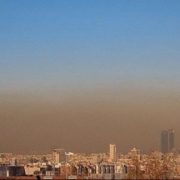 90% of the urban population of the European Union is exposed to concentrations of some of the air pollutants considered harmful by the WHO. Of these, those that generate the most concern in urban areas are nitrogen oxides, suspended particles and tropospheric ozone.

The AMB aims to improve air quality, to protect the health of people and the environment as a matter of policy. In this respect, the AMB Metropolitan Council has approved the Metropolitan Programme of measures against air pollution, and the Action Protocol for episodes of high NO2 and PM10 pollution in the Metropolitan Area of ​​Barcelona. This protocol includes the application of exceptional temporary measures in case of high NO2 and PM10 concentration levels.

The Action Protocol for episodes of high NO2 and PM10 pollution in the Metropolitan Area of ​​Barcelona, ​​establishes the drafting of a coordinated action plan among the metropolitan municipalities to apply specific actions that prioritise the protection of the health of people. The Action Plan includes exceptional temporary measures that the different industrial sectors of the metropolitan area of ​​Barcelona can apply when faced with episodes of high levels of air pollution.

Insitut Cerdà has developed the exceptional temporary measures based on the characterization of the main industrial sectors emitting NO2 and PM10 in the AMB with the objective of serving as the basis for industrial companies to support them in the writing of their own plans.

Workshop on the Challenges and opportunities of Proximity Marketing Circuits...
Scroll to top