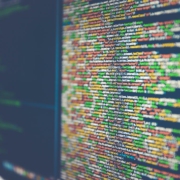 Currently, cyber-attacks represent one of the main threats that a company can have. Institut Cerdà, has now published the third monographic study, “Cybercrime: a risk of the 21st century”, in the context of the work being done by its Crisis Management Support Service (CMSS) and Service of Crisis Management and Resilience of Organizations (SeCRO).

The study aims to contribute to increasing the degree of awareness of companies about the risks of cyber-attacks, so that they implement the necessary mitigation measures and are better prepared to face a crisis. The study focuses on the management of the threat, rather than on specific technological aspects which require constant monitoring due to their rapid evolution. The study also includes an analysis of 14 cases of cyber-attacks on large companies and SMEs.

In some cases a cyber-attack can cause serious damage even though it may not interrupt business activity. It is important to note that the most common reason for cyber-attacks, though not the only one, is economic. Other motivations for cybercriminals are intellectual defiance, the challenge of hacking, revenge, subversion and notoriety. It also needs to be taken into account that the techniques used by cybercriminals evolve much faster than computer security systems do.

Monographic study 3: “Cybercrime: a risk of the 21st century”

Efficiency in the contracting of gardening services by local entities